God Save The King!

How it really was... 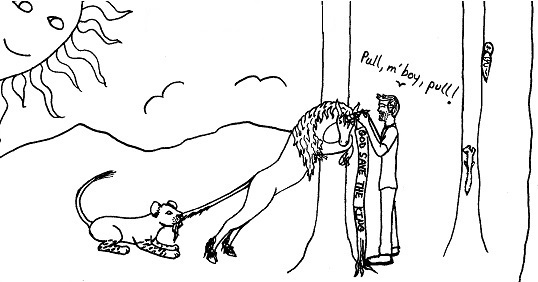 *gasp* a hidden page! ...maybe I should have hidden it better...
Well, you've found it, so here's some background about the site et al.

Back in June, 2017, I got a DVD set about predators. There are 12 discs in it, and two of them have this guy Kevin Richardson in them (In Search of a Legend, and Dangerous Companions). I really liked his energy and ability to relate his passion for wildlife to others. He's really good! - and completely adorable, yes, but so are the animals he shines a completely new light on. So, when I got access to a relative's InterNet shortly after that, I thought, "Hey, I'm going to look this guy up and see if he has any other documentaries out there..."

hahaha... Those of you already familiar with what he has online know what I encountered: His passion for saving these creatures has guided him to making and participating in numerous documentaries and uploading countless videos to YouTube. I highly recommend his channel: Lion Whisperer TV. (linked in the upper right of his homepage lionwhisperer.co.za.)

He has clean language and makes fun educational.

His website opened up a whole new awareness for me, to be sure. I had no idea that lions were facing such a ludicrous predicament: They may go extinct within the next 20 years. In THIS day and age? Really??? I thought we had come a long way from that kind of wanton disregard. Silly me!

I walk everywhere, and I always have my backpack on. Plain denim... A nice blank canvas... Now, I don't like to draw attention to myself (there are people out there who don't like me and will harass me if they find me - shh, I'm not here), but God put it on my heart to take the risk.

This is that important. 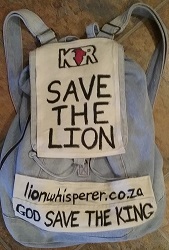 God gave me "God save the king" after I had already put "Save The Lion" on my backpack - in permanent marker. "Save The Lion" fit nice on my pack's coverflap, would be easily visible and readable by passing cars... I was so excited. Right away, I wore it out on an errand, and the thought suddenly occurred to me, "You know... 'save the lion' is probably pretty cliché... I should have put something like 'God save the king'. *sigh* Yeah, that would have been much cooler. Too late, now..." However, when I got home...

Originally, I had put "PAW Conservation Trust" under The Lion Whisperer url on my backpack. That was the organization linked from their "support us" button. I'd had that on there all of a few hours, when for some reason I felt the need to go back to the website and check where "support us" went again. Lo and behold, it had changed. I immediately had a feeling that it was because PAW seemed like most other conservation groups, which are pretty generalized (being "wildlife conservation") with very little going to actual "lion" conservaton.

I emailed about it, and, yes, the Kevin Richardson Foundation (now linked for donations through PayPal from their 'support us' button) was created to specifically focus on predator preservation. Yay!

And it slid into place. I want to focus on saving lions, because I feel that if we are so complacent and indifferent as to let the king of beasts go extinct, there is no hope for this planet. We would have no qualms about wiping out the rest of wildlife - or sitting back and letting it happen. We need to save him in order to save all of them. So, it was very natural to cover up PAW with "God Save The King". There you go. (and then I found out that my lovely favorite snow leopards are also known as "the king of the mountains", because they are the only big cats living at such high altitudes, so "God save the king" is doubly significant to me.)

Which led to where my homepage image comes from:

I don't believe my comings and goings are anybody's business, so I rarely went in/out the front of where I lived when I started this. People in the building "never saw me" and for some reason assumed I "never left my apartment". ?? huhn? Silly them. I think they know better, now. I'm not afraid of being alone, not afraid of the dark, and not afraid of stairs - or hills. You didn't see me because I didn't want to be seen. 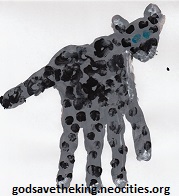 I'm not a lone wolf - I'm a unicorn. I'm wary and prefer wooded trails over paved streets. I like quiet. I don't like to be out in the open; but for the sake of the King of Beasts, I'll leave the safety of the trees. - There's my image.

Matthew West's song "Broken Things" just sits in my head and is part of what inspired me: "I'm just a beggar in the presence of a king. I wish that I could bring so much more; but if it's true You use broken things, then here I am, Lord, I'm all yours."

I wish that I could bring so much more, but I can, at least, do this. God has his reasons for putting us where we are, and has his own timing. He didn't present it to me until I was ready to do it.

He drew me out of my comfort zone, and He wasn't done with me, yet.

Youngsters sometimes say 'Hi' to me on my walks, so I thought it would be nice to be able to hand them something that would raise their awareness and engage their natural curiosity with something fun and interesting - like a coloring page. Alas, there is not much out there to catch a young person's interest on the fly while conveying an important message. So, God inspired me, like He does, to create my own coloring pages to make fun educational in my own way.

I have never drawn these kinds of animals before. I can whip out horses and unicorns almost with my eyes closed, but for lions and wildebeasts and cape buffalo, oh my!, I need to look at photos. I'm getting more comfortable with lions, but still have a lot of trouble getting their eyes right, and my cubs don't look as cuddly as they do in photos...

FYI: The most difficult animal to draw is actually Kevin! I am not a people person... 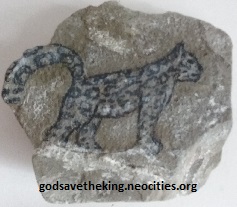 (That's why I gave copies to Pastor Tim and the library and let them pass them out, and then I made this website. So clever!)

- and I'm a fragile old lady. But that's a secret. Shh, don't tell. I look younger than I am, especially from a distance - schoolkids wave at me as if they think I'm one of them (I wear a backpack, afterall); and us old folk like to be thought of as young, so I just smile and enjoy it while I can.

At least... I think they think I'm young... maybe they know I'm not and just like old people...

So! That is where this little website and my coloring pages promoting wildlife conservation comes from. My artistic/craft creativity and desire to engage youngsters in learning about the world around them comes from my mother. She was always "for the kids": room mothering at school, den mothering for the Cub Scouts, helping out with the Girl Scouts... She was the best at it all. She would have liked these coloring pages. She liked that I don't believe in rose-colored glasses.

She taught me to always have my priorities straight but never forget how to have fun.

Thank you for your interest in this cause! I'm planting seeds, and I hope enough of them sprout and grow and blossom. Plant some seeds of your own, now!

Please, support Kevin Richardson's efforts to preserve lions and other predators, even if all you can do is tell people about him and the crisis we're facing. It's apalling to think that our children might inherit a world without lions of all creatures. That's not right. (How are you going to explain THAT one, parents?) He's the best spokesperson for them - and us!

He's not just speaking up for animals, he's also speaking up for those of us who care but don't have a voice. I haven't seen anyone else as good or passionate about it! God speed, Kevin!

God save the king! Bless all stewards of the Earth!

(People were so surprised, "She was such a quiet girl..." lol)